First Place and a bid for the Jr. National Tournament!!!!! 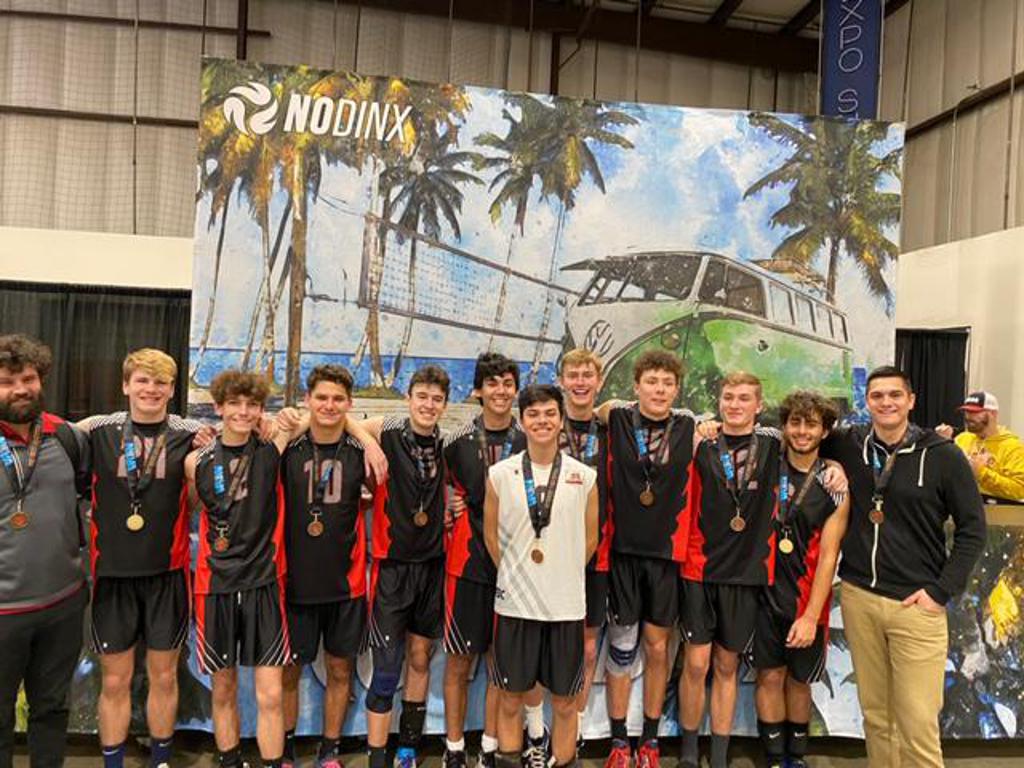 All participants MUST be registered online, as an NCVA member, at www.ncva.com,  prior to attending. Please bring your NCVA membership number with you to this tryout.

Fresno Volleyball Club plays in the Northern California Volleyball Association (NCVA) League. To play for our club you must be a member of USA Volleyball through NCVA.

2. Click on "Register" from the pull-down options and choose Member Login/Registration

3. You may choose "New Member Registration" or "Renew Membership Registration". They offer a tryout pass or a full membership. Make sure you read the information they have about these options.

4. Once you have entered all the required information and paid the fee, you will receive a membership number.

5. Make sure you have this NCVA membership number with you at tryouts. 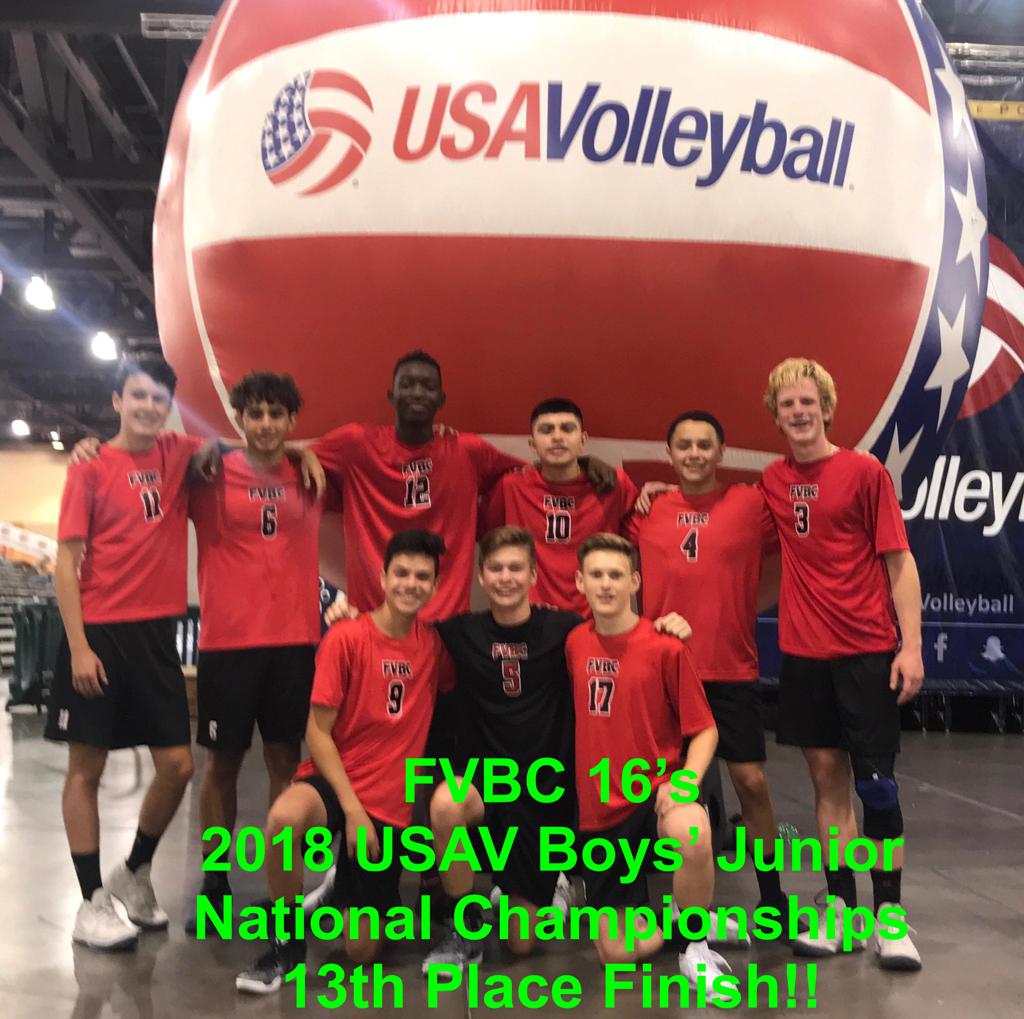 The Fresno Volleyball Club was founded in the Fall of 1988 by Coach Roy Verduzco and a group of parents. From the start, the club was inclusive of boys from various local high schools in Fresno, Clovis, Sanger, and Madera, to promote the sport, and to provide opportunities for players to achieve at a higher level through training and competitions at regional and national levels.

What started as one squad of boys has now grown to 14 teams of boys and girls that compete in the Northern California region of USVBA club volleyball. Like other age-group sports, our club expects a time and financial commitment to meet our goals. The FVBC, is a registered non-profit, and over the years, we have helped 85 students attain athletic scholarships to universities such as Fresno State, Long Beach State, San Diego State, CSU Northridge, University of the Pacific, USC, UCLA, Ohio State, University of Hawaii, UCSB, Pepperdine, Notre Dame, University of Santa Clara, the U.S. Air Force Academy, University of Cincinnati, and Stanford University. Many more athletes have been recruited as walk-ons and then have earned scholarships after they have proven themselves. But the club is also about the novice and intermediate player who wants to hone their skills to become better middle school and high school players.

Our boys have won gold, silver, and bronze medals at the USA Boys National Championships. Under former club coach, Damian Elder, who is the current Head Women’s Coach at Mercer University, we have had three girls teams finish in the Top 8 at the National Championships. Former club Setter, David Kniffin, is the current Head Men’s Coach at UC Irvine, where his teams have won NCAA national championships and he has been named as NCAA Coach of the Year.

Our coaching staff and current board members are set for another exciting season of club volleyball. We hope you join us!

Born in San Luis Obispo, CA, Coach Staley moved to Fresno when he was eight years old.  After attending Toby Lawless Elementary School and Tenaya Middle School, Coach Staley played his high school ball at Bullard High School for Coach Roy Verduzco. Staley was a starting Outside Hitter and Co-Captain under Coach Verduzco, the all-time winningest coach in state of California boy's volleyball history. After high school, Coach Staley decided to serve his country by enlisting in the United States Marine Corps. He was awarded two meritorious promotions, a Navy and Marine Corps Achievement Medal,  and a host of certificates of commendation and achievement. For the last two years, Coach Staley helped coach the varsity girls at Bullard High School and was head coach of  the FVBC Girls 17 team. In June 2017, he was hired as Bullard High School's Girls Head Volleyball Coach.

We love Coach Wil's enthusiasm, work ethic, desire to coach the whole athlete, his extra focus on nutrition and strength and conditioning, and his commitment to being a strong communicator among parents, coaches, and athletes. Together with his staff of coaches, he will work hard to make sure our athletes learn and improve in all skills. We couldn't be happier to announce Coach Will Staley as our new director and welcome him, along with his wife, Alexis, and two young sons, into our FVBC family!!

"Go after your dreams, dream again, and go ALL-IN and STAY ALL-IN until your ALL-IN IS ENOUGH!" -Coach Wil Staley

Established in 1988, Fresno Volleyball Club (FVBC) is a boys and girls club located in Fresno, CA. FVBC trains young athletes in the sport of volleyball through practice and competition, in a constructive and positive atmosphere. Our coaching philosophy teaches discipline, commitment, responsibility, teamwork, and self-pride. FVBC strives to  set the standard for club volleyball in the central valley through its development, professionalism, values, and high standards of player development.